Why Pad Creative?
What it is that sets us apart from the competition...

We have the creative firepower. From subtle and elegant to explosive and in-your-face, we provide you with the optimum design for your business in accordance with your vision.

We deliver all projects on time. Give us a deadline and we'll meet it, it's what coffee was made for.

We deliver all projects to budget. Our business process ensures that we work to the quote provided.

We have just the right creative mix. We have a committed team of both young designers and senior experienced creatives. Together, we produce outstanding work using the important combination of fresh, cutting-edge ideas, and the wisdom and attention to detail that comes only with experience.

No job is too big. We have a team in place to take on projects of all sizes, large or small.

Our clients come back regularly for more. This is because they like us; repeat business and referrals are the best compliments we frequently receive.

We are up-to-date and informed. We can confidently claim to be a forerunner in the industry with the latest technology and expertise; this said, we're not scared to pick up a pencil or paintbrush.

Pad were incredible from the first approach to finish, helping Bagel Factory with new designs for our menu boards. They not only created a contemporary design look, but they also understood super quick our Brand identity. Communication was fantastic, always available and super fast. We would highly recommend working with this great team! Thumbs up!!

This is now the third time I have used Pad Creative and at every stage they have gone above and beyond. Their team is attentive, knowledgeable and have offered me great design solutions for website creation and brand design. Riya and Adam are of particular note. Thanks again

I loved creating my website and business cards with The Pad Creative team :) They're friendly, professional, easy to communicate with and attentive and I really appreciated how patient they were with me. I felt supported through the whole process. Happy to recommend!

We've been working with Pad since the creation of our first website over a decade ago. We find their friendly, professional and very personal approach has helped us grow and highly recommend Pete, Alison, John and all the Team at Pad! 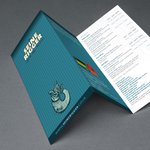 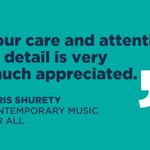 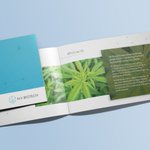 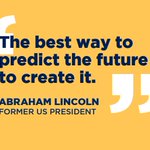 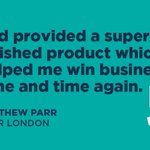 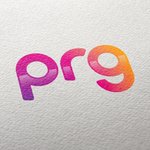 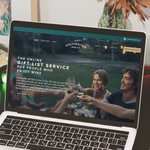 The creative one-stop shop for all your brand, design and marketing needs, whether in print or online. We'll help you strengthen your visual communications and deliver on your goals through careful strategic planning and a good few doses of creative inspiration. Providing you with the tools you need to succeed.

Back in 2002 and in their early 20s, Alison Steward and Peter Jacobs founded Pad Creative - armed only with some pencils, sketchbooks and a couple of beige Macs - in a tiny studio space in Beckenham, south London. Having worked together in a large London agency, they were convinced they could start a creative agency themselves and over 15 years - and many studio spaces - later, Pad is still going strong. Pad has worked with some of its clients since those early days and from what they tell us, we're a joy to work with - responsive, low on ego and able to 'get' what they are looking to achieve.

We've been helping to build and strengthen brands for over 15 years - whether for start-ups or the world's largest employers. Our creative ideas, years of experience and solid business nous helps us capture your values and connect you with your audience. Your brand identity should reflect your culture and values, delivering a honed and truthful representation of your organisation. A carefully-crafted and strategically-driven brand identity will enable you to engage more effectively with your target client base and industry peers, who'll in turn become easier to sell to and influence.